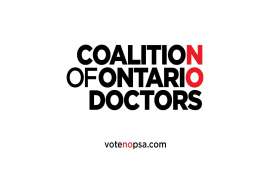 Last week, the Coalition of Ontario Doctors (Coalition) outlined its concerns regarding the tentative binding arbitration (BA) agreement the OMA recently signed with the Ontario government.

Over the weekend, more physician groups went on record opposing the tentative BA agreement. As an OMA member, you will have your chance to support or reject the BA agreement at a vote that will be held during a general meeting of members on June 17, 2017.

Several components of the BA agreement are worrisome and remain not clarified by the OMA as of today. These include:

Important Questions on the tentative BA Agreement That Must Be Answered

OAC believes the OMA must resolve these concerns before we can recommend to our members supporting the BA agreement. The OAC encourages all members to get informed by going to the OAC website in the lead up to the June 17th vote.  Here you will find the latest developments on the tentative BA agreement.

Davies: Making virtual visits a permanent part of Ontario health care is good. But it must be done right